Ceramics, being the most numerous category of movable archaeological material found during excavations, is an important manifestation of the functioning and everyday life of ancient communities. From the archaeologist's point of view, it is an essential tool, helpful in establishing the chronology of archaeological layers due to the variability of the shapes used in particular time periods. However, it was also a crucial element in the distribution of goods, acting as a container for other products or as an object of the trade itself. The latter is the case with fine and semi-fine ceramics, i.e. ceramics made from well-cleaned ceramic masses, which was the most luxurious category of ceramics, including tableware, cosmetic vessels and oil lamps, sometimes imported over long distances. The project is focused on ceramics representing the categories mentioned above, found within the area of two Cypriot port cities - Paphos and Kourion. Both of these centres, located in the south-western part of the island, at a distance of approx. 60 km from each other, performed an important function during the Hellenistic-Roman period (late 4th century BC - 4th century AD). In the case of Paphos, we can even speak of functions as the capital of the island from c. 200 BC. Due to the key role of this city, excavations have been carried out on its territory for years, and the area of the ancient city, a UNESCO World Heritage Site, is an excellent place for archaeological and conservation work. Despite the numerous discoveries, a complete study of the material culture of Paphos is still lacking, especially a study covering imports. The information published so far, based mainly on macroscopic analysis, indicates a diversity of ceramic imports from all over the Mediterranean, reflecting the high status of the city and its inhabitants.

Even less is known about Hellenistic and early Roman Kourion, where works concentrate on the Late Roman period and the moment when the city was destroyed by an earthquake in 365 AD. The proposed project aims to fill this research gap and attempt to reconstruct the supply patterns in both centres, the actual role of Kourion in the period under study and the relationship between the cities. In order to acquire data helping to achieve the research objectives, detailed analysis and comparative study of the ceramics found in both cities will be carried out, with an emphasis on imported tableware ceramics, particularly from outside Cyprus. This will allow for a better understanding of the functioning of the two cities at that time in terms of the distribution of ceramics, reflecting consumer preferences and their social position. The comparative study of imported table ceramics from Paphos, which functions as the capital, and Kourion, whose position is not well recognized, is innovative, also in terms of an integrated methodology combining archaeological and laboratory methods. The detailed macroscopic characterisation (observations carried out with the naked eye or with a magnifying glass) allows to classify the vessels, determine their types and chronology, describe the fabric and thus to define in a fundamental way the production technology and the potential provenance based on published analogies. More precise, scientific methods, on the other hand, allow us to look deep into the analysed material and examine the mineral (petrographic analysis) and chemical composition of the ceramics. This makes it possible to determine the place of manufacture due to the specific geology of individual geographical regions. The laboratory analyses will be conducted in the Fitch Laboratory in the British School at Athens, in the framework of the 6-month internship, planned as an integral part of the project. 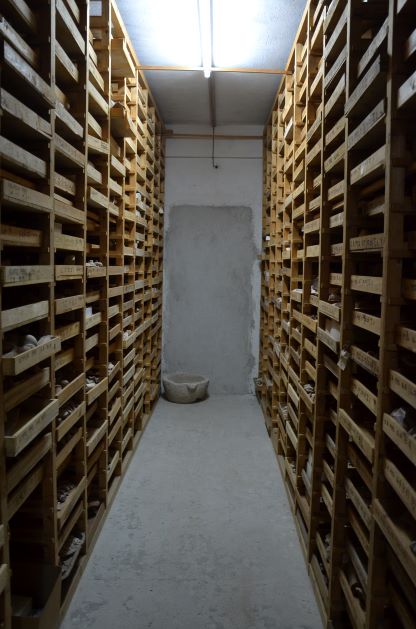 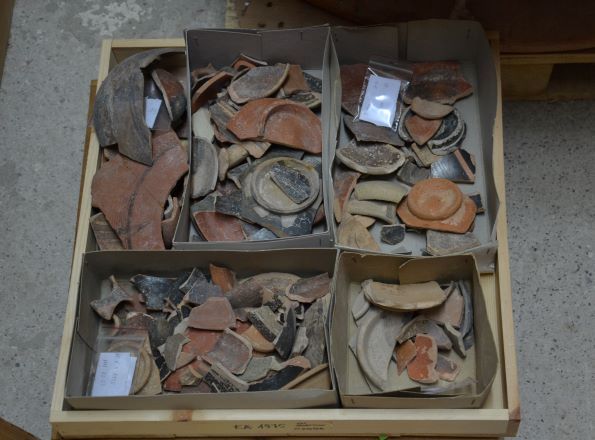 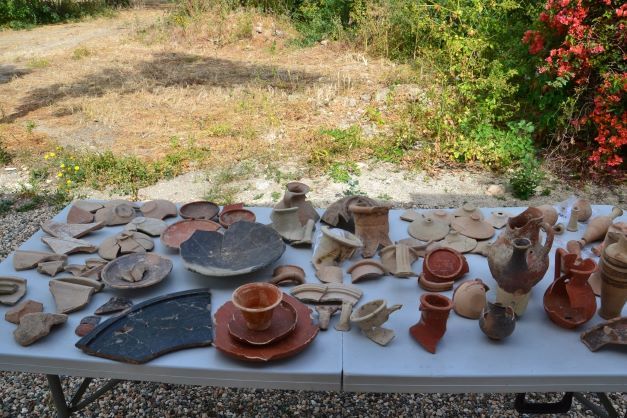