Alisa Semenova lecture from the conference “Olbia in the Hunnic period” 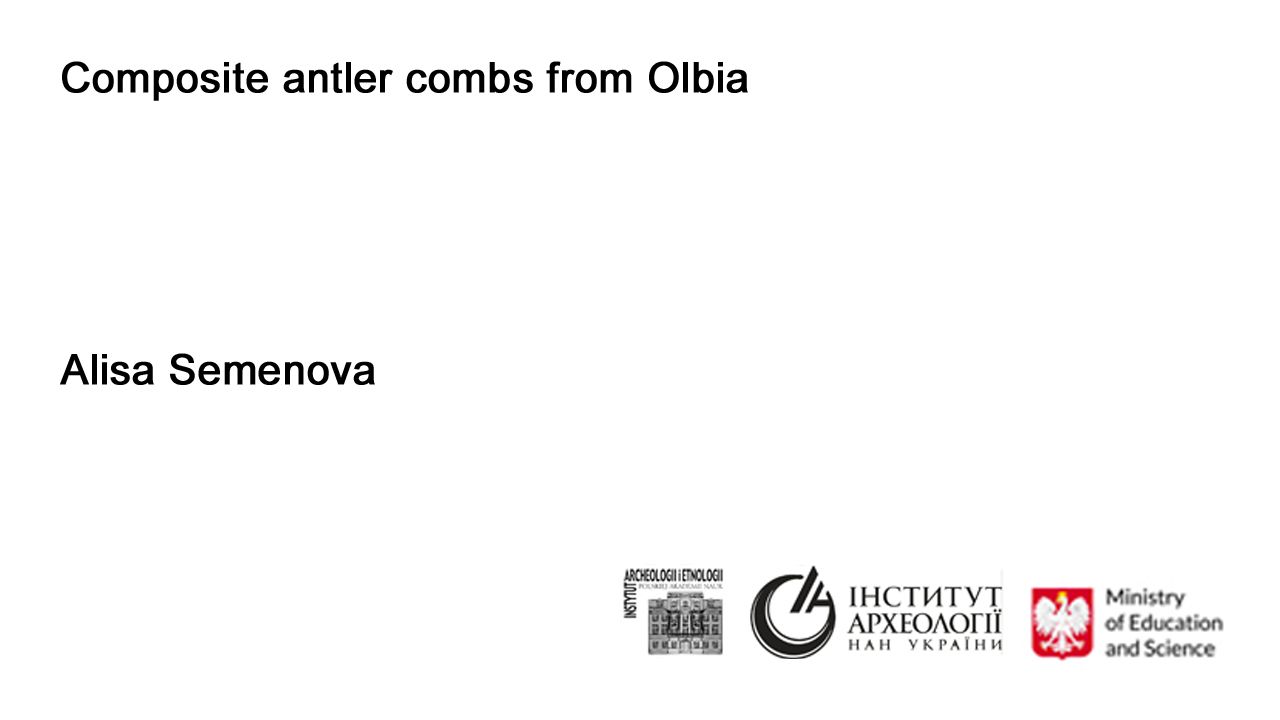 Abstract: The paper concerns one-sided composite combs that are one of the categories of bone artefacts discovered at Olbia. Seven combs of the kind, made of antler and belonging in the Late Roman period, have been found in different sectors of the site. Two types were distinguished: the first being a single-sided three-partite comb with semicircular handle and the second a three-partite unilateral comb of bell-shape with semicircular handle. Composite combs have been studied extensively from the point of view of the typology, chronology and main stages of the production process. Based on their morphological characteristics, both types of combs can be described as “barbarian” forms of three-partite combs typical of the Chernyakhov−Sântana-de-Mureş Culture sites. Similar combs were also found in the other ancient cities of the North Black Sea region (Chersonesos and Panticapaeum among others). An analysis of bone artifacts, especially finds as interesting as these “barbarian” types of antler combs, could contribute to a greater understanding of the late Roman period in this territory.