Petrauskas Oleg lecture from the conference “Olbia in the Hunnic period” 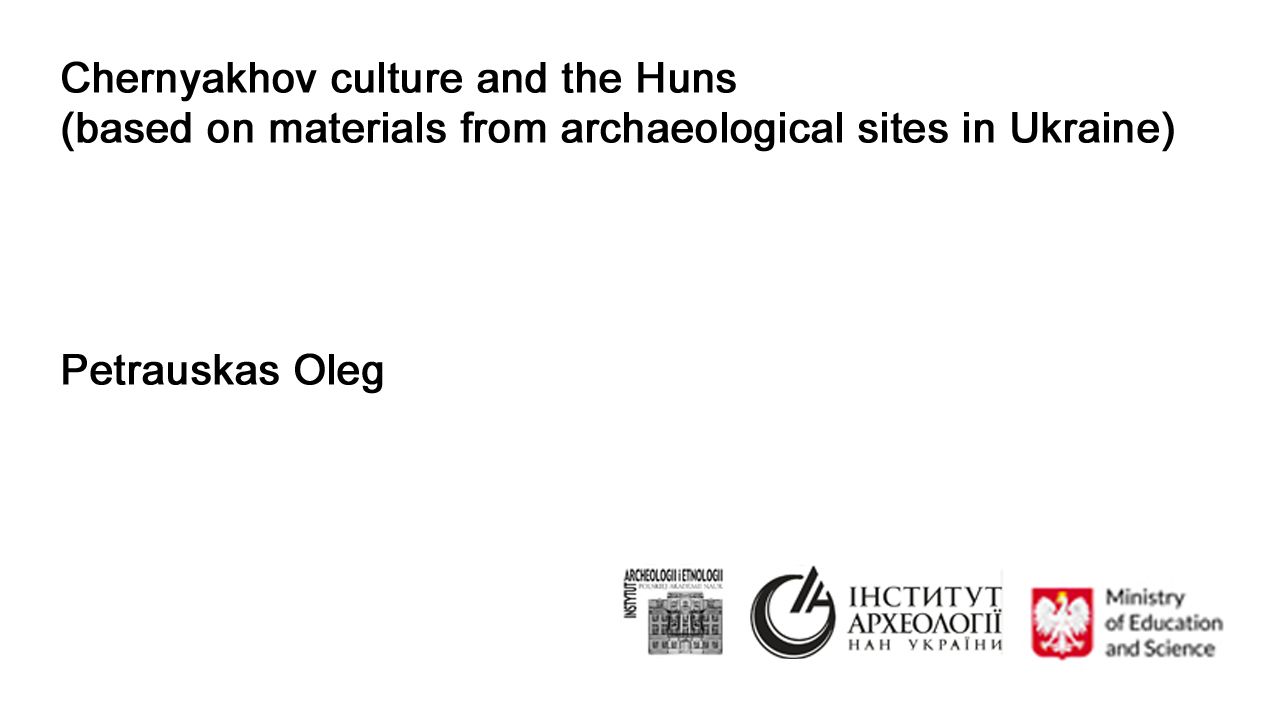 Title: Chernyakhov culture and the Huns (based on materials from archaeological sites in Ukraine)

The issue of the relations between the Chernyakhiv culture and the Huns is considered based on archaeological data and information from the written sources, principally the writings of Ammianus Marcellinus and Jordanes. The Huns appeared in the Black Sea region at the end of the reign Rex of the Goths Germanarich (between 369–375\376). It corresponds to the end of phase C3 in the relative chronology of eastern Europe antiquities. According to Jordanes, the Ostrogoths stayed in their places of residence after being subjugated by the Huns. This appears to be corroborated by the assemblages of finds representing the Chernyakhiv culture which correspond largely to phases D1 and D2 (about 370–450) of the European relative chronology.

The disappearance of Chernyakhiv culture can be explained only taking into account the polyethnic nature of this formation. For instance, according to the written sources, it took the better part of half a century for the Ostrogoths, one of the components of the Chernyakhiv culture, to migrate to the Roman provinces. The fate of other components of the culture can be reconstructed from archaeological sources. Some of Chernyakhiv culture artifacts (glass cups, buckles, combs, antique imports) can be dated to the end of the 4th and the first half of the 5th centuries. The ethnocultural specificity of late Chernyakhiv culture is mostly associated with the Scythian-Sarmatian and early Slavic components. The disappearance of this culture appears to be the result of a complex set of socio-economic factors.