Piotr Jaworski lecture from the conference “Olbia in the Hunnic period” 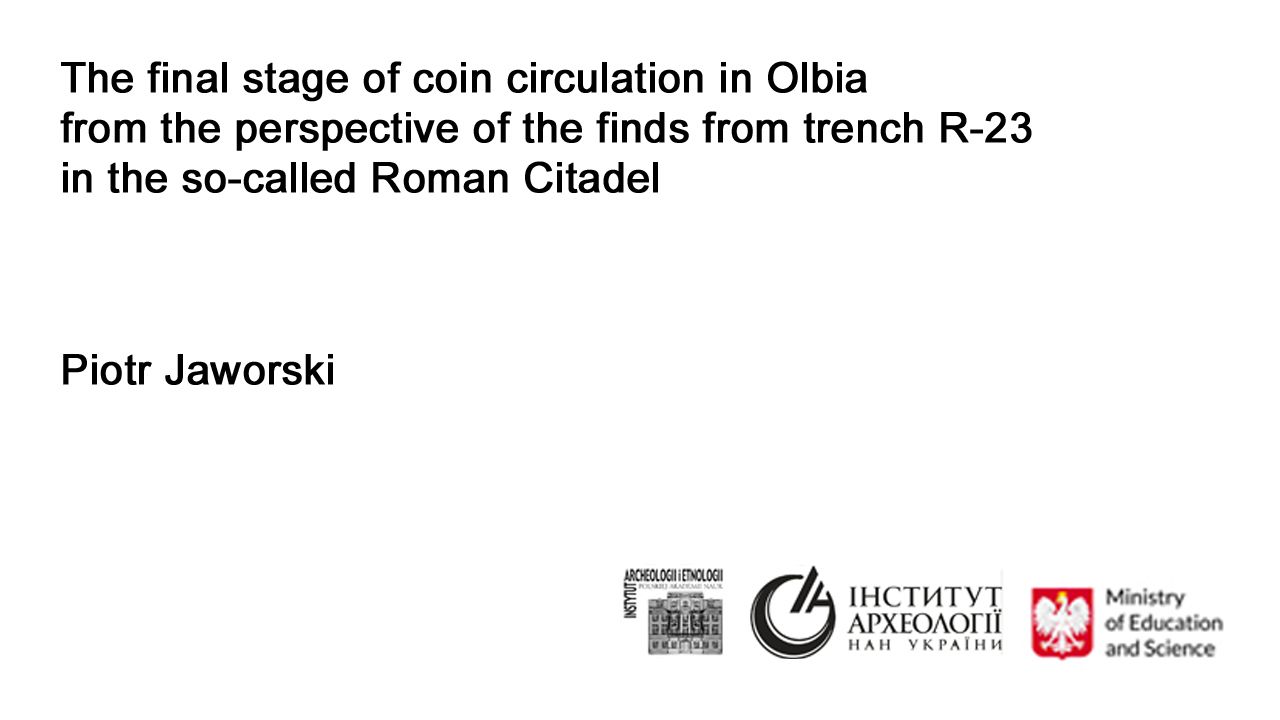 Title: The final stage of coin circulation in Olbia from the perspective of the finds from trench R-23 in the so-called Roman Citadel

Abstract: The coin of the youngest date discovered during archaeological research conducted in recent years in the so-called Roman citadel in Olbia, within trench R-23, appears to be a debased antoninianus of Valerian I dated to 253-254 AD. Interestingly, the last bronze coins of local provenance found at the site, often fragmented, are dated even earlier, to the times of the Severan dynasty. Is this tantamount with saying that the use of coins in Olbia ended with the Goth invasions?

The answer to this question lies in a study of the latest coin finds from trench R-23, based on the interpretation of a wider archaeological context formed by the remains of the settlement and production activity in the excavated area, which is dated to the 4th and the beginning of the 5th century.