Soba – the heart of the kingdom of Alwa. The spatial organization of medieval capital city on the Blue Nile

Project name: Soba – the heart of the kingdom of Alwa. The spatial organization of medieval capital city on the Blue Nile

Project lead, institutional: The Project is being carried out in Consortium of The Polish Centre of Mediterranean Archaeology, Univerity of Warsaw and The Institute of Archaeology and Ethnology, Polish Academy of Sciences

Three kingdoms existed in medieval Nubia: Nobadia with the capital in Faras, Makuria with the capital in Dongola, and Alwa with the capital in Soba. These cities lay on the banks of the longest river in Africa. They were the heart of each kingdom, centers of power and religion. Kings and bishops resided there in impressive buildings. People came to the capitals from the farthest parts of the kingdoms. One could meet there merchants from far-away regions, travelers, emissaries, spies, as well as adventure-seekers and people looking to earn a decent income. Trade and local production of luxury goods flourished. Churches of various faiths were built in the cities, and on their outskirts monasteries were founded.
One of the medieval Arab travelers described Soba as a city with grand houses and large monasteries, richly-furnished churches and beautiful gardens. It was a multi-ethnic metropolis, the seat of royal and ecclesiastical power. Unfortunately, a lot of time has passed since then, and the city has fell into ruin. In the 19th century, abandoned and ruined buildings of Soba were dismantled, and the bricks were used to build the new capital – Khartoum. In the 20th century, a few archaeologists explored this area, uncovering traces of monumental buildings. They also found extremely interesting, unconventional objects, e.g., a funerary stele of a previously-unknown king David, and objects which reached Soba from the cities of the Mediterranean Basin and the Far East. It is estimated that in its heyday, Soba covered approximately 275 ha. Only 1% of its area has been investigated to date.
The PCMA project aims to study the medieval architecture of Soba. We want to find out where each city quarter was located and how they were organized. We will look for the royal palace and the houses of both rich and poor inhabitants. We will try to determine the location of production areas, including pottery and metal workshops which manufactured objects of everyday use as well as luxury goods. We will also study the old road network and open spaces, such as squares and cemeteries.
Today, most of the ancient capital is covered by modern houses and arable land. The central part of Soba is a protected area, but no traces of ancient buildings can be seen there. The medieval architecture is hidden just below the surface, and only fragments of objects which had once served the inhabitants of the city can be found on the ground.
To reach our goals, we will apply the latest research methods used in archaeology, ethnology and geophysics. Archaeologists will look for objects connected with the past inhabitants of the city. Geophysical research will record magnetic anomalies, which can reflect the presence of ancient walls and buildings. It may be thus possible to reconstruct, based on the map of these anomalies, the layout of streets, houses, public buildings and entire quarters of Soba. An ethnologist will visit modern inhabitants and ask them about the surrounding monuments as well as the stories and legends concerning the ancient metropolis. It may be that they have found traces of the past or historical objects in the vicinity of their houses or on their land. All information will be combined and compared, which will allow us to map out the layout of Soba.
The team will consist of researchers from several Polish scientific institutions who specialize in pottery, glass, organic and metal finds (if such objects will appear). They will be joined by specialists in archaeological geophysics, ethnology, architecture and art of medieval Nubia. 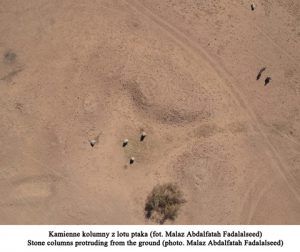 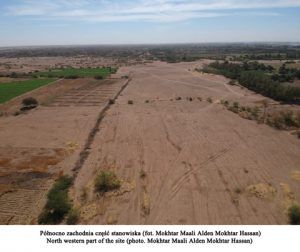 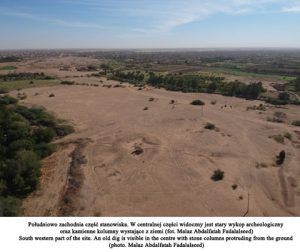 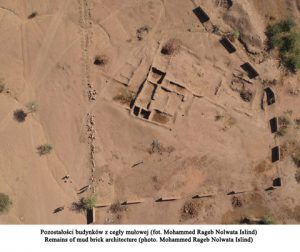 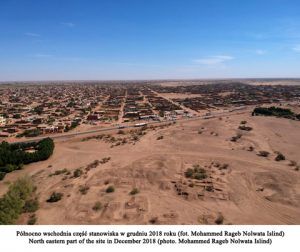 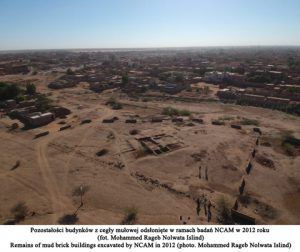