Reida R., Heiko A., Sapiehin S., lecture from the conference “Olbia in the Hunnic period” 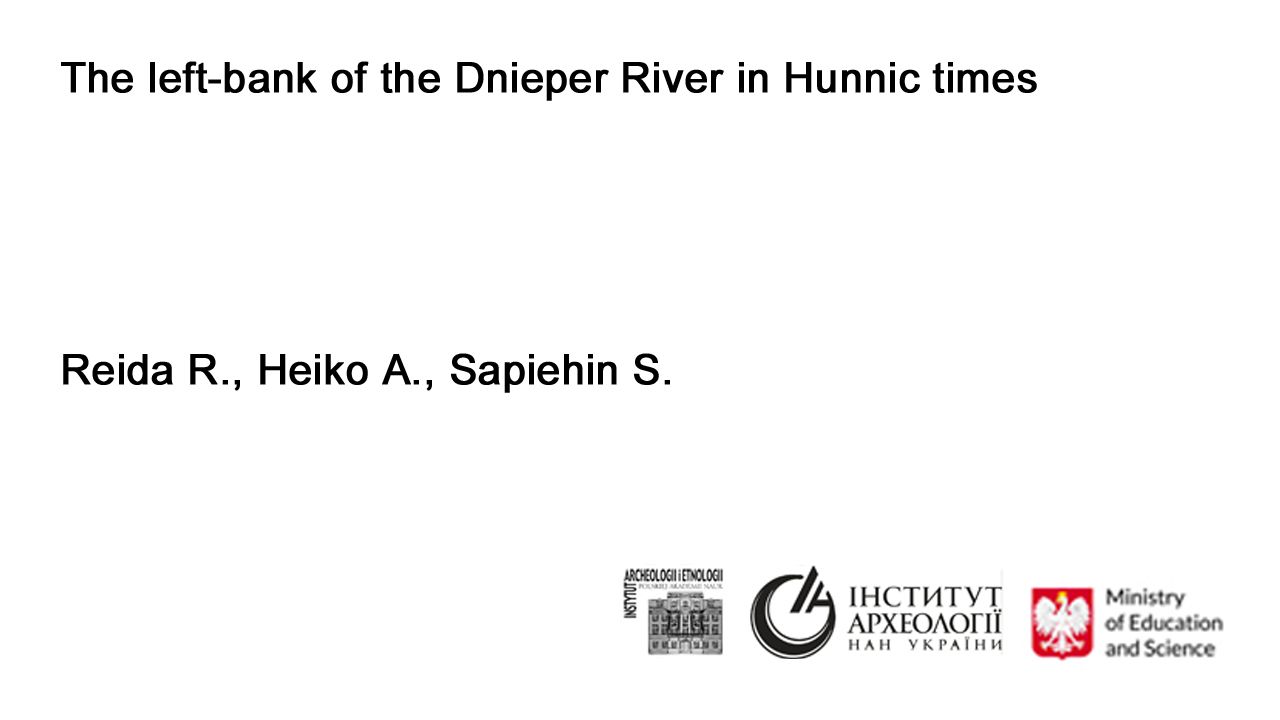 Title: The left-bank of the Dnieper River in Hunnic times

Abstract: The investigated area covers the forest steppe territory on the left bank of the Dnieper from the latitude of the city of Kyiv in the north to the Vorskla River basin with its left tributaries, the Kolomak and the Merla, in the south. Several sites from the Hunnic period, that is from the year 375 to the first third or first half of the 5th century were investigated. Most of these represented Chernyakhov culture, the most important among them being the burial ground (more than 150 burials excavated) in the vicinity of the village of Shishaki in the Poltava region. Chernyakhov culture, which was already well established in the forest steppe landscape of the region, was undergoing cultural changes that can be summarized as follows:
1) a merging of different inhumation rites (orientation of the burials with heads to the north and west);
2) emergence of pronounced elite burials (tribal nobility);
3) a noticeable increase in the volume of imported products.
One of the main ethnic components in this region were a nomadic pastoral peoples (Alans?) who came into contact with groups of the Chernyakhov population. The lower reaches of the left bank of the Vorskla River was where contacts between the two were among the most active as attested by the Kantemirovka and Storozhevoe burial grounds. The arrival of the Huns in this territory had little effect on the lifestyle of this native population, presumably representing chiefly the Chernyakhov culture.